This is Britney. She’s named after Britney Spears. More on that later. 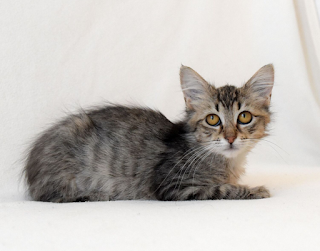 Can you get the laser pointer out now? I’m bored.
She’s friendly, outgoing, a laser pointer addict – a pretty awesome kitten.
Sure, she dances a bit when she walks but it’s not a big deal. And no, it’s not why she’s named after Britney Spears. 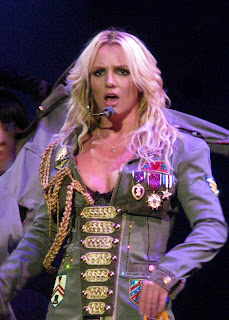 Kitten does not dance like this.
The most amazing thing about her is not how she acts, but the fact she’s breathing, walking, and being the pretty normal, awesome kitten that she is. Because Britney was, as Dr.
Berger put it, “About 90% dead when we met her. Possibly 95% dead.” 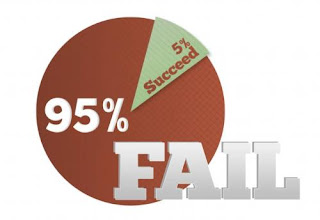 Helpful graph depicting how bad Britney’s situation was.
At three months old she weighed less than two pounds. She had huge wounds. Worst of all, she just wasn’t moving. Just a sad pile of kitten with a barely discernible pulse lacking the strength to even move her head.
It didn’t look good.
Someone gave her fluids as she was seriously dehydrated. Someone offered her a plate of food to see if they could get a response. They put it next to her head.
And Britney, as close to gone as she was, found the strength to pick up her head and plant it firmly into that plate of wet food. Splat. A gravelly little tongue began frantically trying to lick up the wet food.
If this kitten was going to try this hard, so was our medical team. 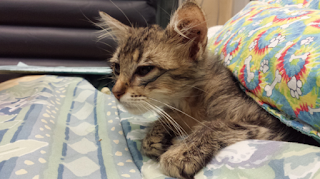 Safely burrito-ed under heating blanket.
If you ask Dr. Berger, she’ll tell you vet tech Megan saved Britney. If you ask Megan, she’ll tell you Berger saved her. So this part of the story is a bit unclear. These are the facts we know:
All day, Britney remained in intensive care. Her head wounds were cleaned, she was given fluids and small amounts of food every few hours. She still couldn’t move but by the end of the day she was a solid only-85%-dead. 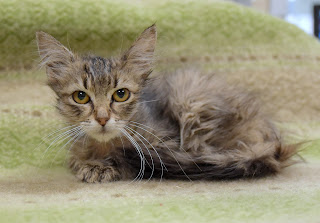 This was actually taken at her ‘less than 60% dead phase’.
Megan, despite having worked all day and having bottle baby foster kittens, brought Britney home with her and monitored her not only all that night, but every night since then.
(Megan is kind of a rock star, as are all of our techs. More on that in next week’s blog).
And after a few days, she was probably only a solid 70% dead and this happened:
She walked. The smallest thing ever but a huge thing for the more-dead-than-not kitten. Britney, like Britney Spears in 2008, was going through a very bad spell. It seemed unthinkable that she could come back from it. But she was fighting her way back like the superstar she was.
And so it went. Britney came to work with Megan, staying in the medical ward for treatment during the day and spent her nights with Megan (does that woman ever sleep?). Slowly, she retreated from death’s door. 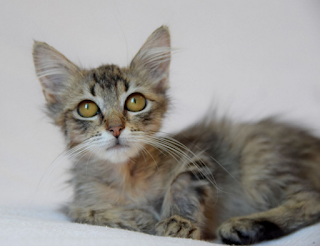 A little chunkier, a little furrier, a little more active.
Week by week she gained weight, her head healed, her fur got thicker, she started moving and walking more and more. She met new people and made friends… 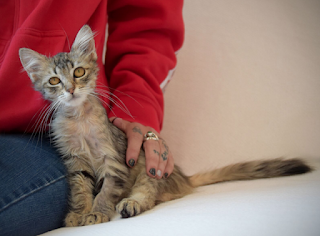 How does a kitten that skinny have such big paws??
Which wasn’t too hard as she’s ridiculously friendly. She got sassy about belly rubs… 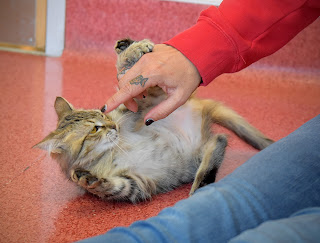 Like her namesake, she does ‘fierce and sassy’ well.
And learned to love to play. Which is where your part of the story starts. Yes you. The one reading this. We don’t know what got Britney into the mess that Megan and Dr. B got her out of. We do know that she wound up with some neurological damage that doesn’t hurt her but means her front legs and back legs don’t always head in the same direction.
Exhibit A:
We’ve done tests and x-rays and everything and she’s fine – just wobbly. She can have a totally normal life but can’t have cat trees or anything tall she can jump off of. Or fall off of.
A normal life with a loving family that understands the few limitations she does have. Someone like you, maybe. This kitty is a hard core superstar – she survived the unsurvivable and came out of it sweet, loving and incredibly normal. Who wouldn’t want to live with her?
This Week’s Takeaways?

And if you lurf what we do, you can donate to help animals like Britney here.

*But wait – Britney didn’t look that rough in these pictures? I didn’t see any head wounds? Believe us, Britney looked a lot, lot worse when we first saw her. If you’re wondering why we don’t have pictures of her at the very beginning, there’s a good reason. We don’t show gross out pictures and we don’t believe that anyone – human or animal – wants to be seen on the worst day of their lives. Britney is waaaay too cool and triumphant a kitty to be a gory photo.