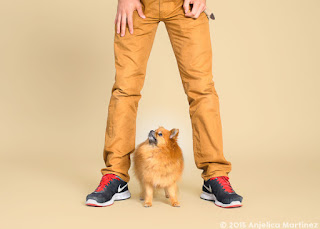 In the back our Admin Area, Facilities Assistant Josh San Diego moves quietly through the cubes and offices, dropping off invoices and making folks aware of deliveries. Soft spoken and calm, he’s a favorite with the office dogs – tails wag frantically when they see Josh. He squats to greet them on their own level and talk to them. 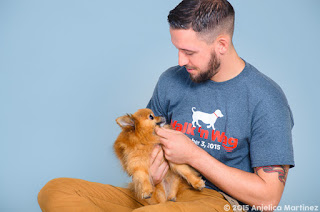 He’s as beloved to staff as to their dogs: despite having a large list of duties, he always has a second to install a baby gate on someone’s office and offer a hand with deliveries. An Animal Community Center as large as ours is often a fast paced work place and Josh is a walking island of calm within it.
Back in the IT and Facilities office, his own adopted dog Bella is waiting for him. The impeccably groomed little Pomeranian spins happy circles when she sees him. 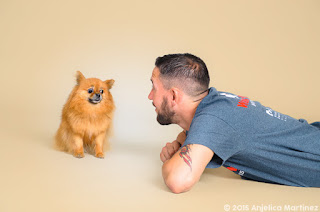 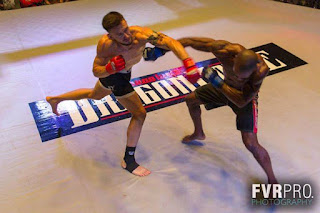 In addition to being a tireless worker for animals, Josh is a professional Muy Thai and  MMA fighter. He’s been training for about eight years and competing for six or seven. Undefeated as an amateur, he made the jump to pro. 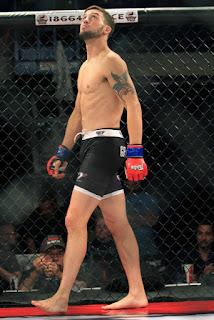 “I’ve always been into animals” says Josh. While fighting and training is nearly a full time job, he was also working construction. So when a job opened up at HSSV, he jumped on it. It was close to his house and being around dogs and cats all day seemed like a good deal. Though he didn’t have a dog at the time, being here made him need one.
“You come in and everyone has a dog in there office. It made me want one.”
And then there was Bella. When the three year old Pom came in as a stray, Josh couldn’t help but notice her. “I’d stand outside her room and she’d spin and jump. Then I’d walk away and she’d cry”. When a staff member brought him in for a face to face meeting with the puffy little dog, it was over. 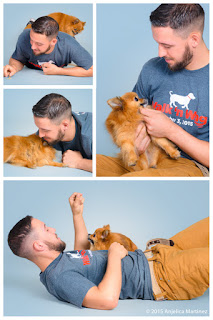 In addition to coming to work with Josh sometimes, Bella also occasionally joins him at the gym where she hangs out with his girlfriend on the sidelines. “Bella doesn’t like it when I’m doing the hitting practice. If she sees me hitting she starts barking because she thinks I’m in danger. She wants to protect me.”
Josh isn’t necessarily busting stereotypes about fighters – MMA veteran Gordon Shell and the Show Us Your Soft Side folks have been advocating for animals for years. But Josh does buck a very common misconception about who shelter workers are and what motivates them.
Stereotypes and rumors swirl around animal shelters – from misinformation about the animals to inaccurate ideas about who shelter workers even are.
“I could never work at a shelter. I love animals too much” is something a lot of us hear when we tell people where we work. The inference being, of course, that shelter folks don’t love animals. They don’t love them like Josh loves Bella.
HSSV is home to all sorts of different people whose daily lives outside of work all look very different. Josh fights. Christina trains for marathons. Dr. Berger’s travel schedule would kill a normal person. Brooke takes her young son out to watch the garbage man every Wednesday morning (he’s in love with the truck). Erlana and Laura roll around on their cruiser bikes. Amy dorks out at NPR live shows.* Anna bakes cookies.
The one thing that unites them all? A love for the animals. And a willingness to work for them and with them every day.
Just as there’s no such thing as a shelter dog, there’s no such thing as a shelter worker.
If you don’t believe us, ask Bella. 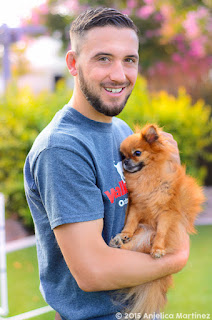 Inspired to find a Bella of your own? Check out our adoptable animals.
Want to know more about who we are? Stand in awe of our awesomeness.
Interested in being a shelter worker? We have open positions.
Interested in seeing Josh fight? Follow his fan page for details on his upcoming December bout.