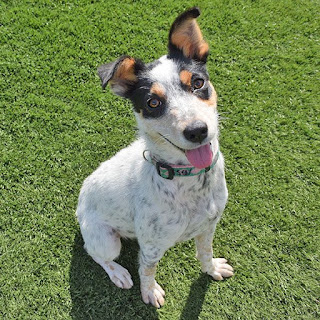 Demented.
We adore this seven month old herding dog mix but we have to tell you: La Niña is not for the faint of heart.
True, she’s adorable. Who doesn’t love a speckled little dog that can jump straight into your arms because she’s so delighted to see you?
Other dogs. That’s who doesn’t love La Niña. Because she keeps trying to eat them. 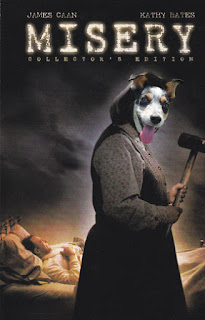 Now that’s an oogie mess…
Much like the turbulent but much needed weather system with a similar name, La Niña is a whole lot of trouble wrapped up  in an adorable package. 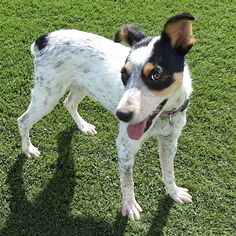 Who me? NEVER.
Don’t get us wrong, she’s incredibly loving with people. She’s more social than a presidential candidate at a fundraising event. It’s just other dogs she can’t stand. And by can’t stand what we really mean is ‘wants to disembowel with absolutely no warning’. 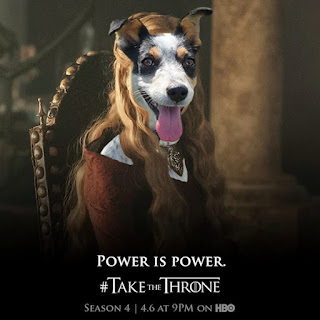 We’re not insinuating anything…but there’s a similarity.
We see a lot of dogs who dislike other dogs. It’s not a big deal. What makes La Niña‘s brand of dislike so pernicious is that she doesn’t give off any signs to let the other dog know she’s thinking of making a snack out of them. In fact she’ll often give off play signals, luring the poor pooch into believing this happy little muffin just wants to play hopscotch with them. When in reality, well, her intentions are a little different: 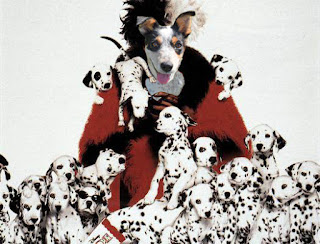 Do NOT try to re-enact this with actual La Niña.

La Niña needs a very special person. Preferably a very, very smart person because she is incredibly smart. Sit, down, roll-over, jump through the hoop – she’s got that all nailed down. What she doesn’t know, she can learn within minutes.
Except ‘don’t eat other dogs’. That doesn’t seem to be on her list of teachable items. At least not in this environment. While she might some day learn to control herself around other dogs, it’s unlikely she’ll ever be seeking out a furry bestie. 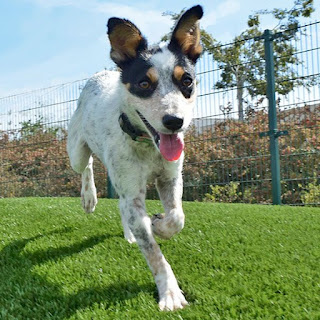 Who me? Okay. Sometimes. Always. Yes.

Just to clarify, La Niña has never actually hurt another dog. That said, it doesn’t mean she doesn’t try. Being a petite/medium sized gal, she’s pretty easy to manage if you know what you’re doing and are aware of your surroundings.
In lieu of a doggy bestie, she wants to be your bestie. Because she’s incredibly loyal.
Like most bright creatures, La Niña needs something to do. The good news is she’s athletic and active which means you don’t have to try and teach her accounting or anything. She would love to go running or hiking, provided you do it far from other dogs. She’d even excel at frisbee and possibly agility provided you can curb her homicidal impulses towards her competitors.
La Niña‘s potential owner could have lots of human friends but probably not very many dog friends. We’re unsure about the cat thing but we wouldn’t put it past her. She might be great with kids – she’s nuts about people – but being a herding dog (and hence a bit of a control freak) she might try and herd them around.
If you’re thinking your life needs a little more chaos, a little more love, a lot more fun and a good bit of trouble, pop by and meet her.