If you missed all the hoopla, it got a little wacky around these parts. Remember Eddie The Terrible? 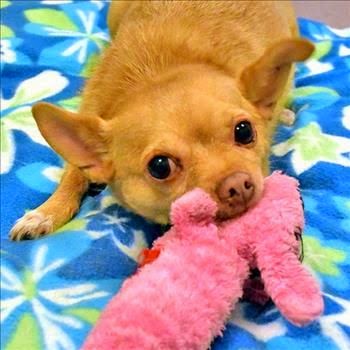 Bite me. Or better yet, I’ll bite you.
Apparently people really like his style. Which is fantastic. Not only did our favorite little jerk get a home, it also confirmed all of our suspicions about humanity. Which is mainly that people are good and accepting and kind and don’t mind risking the odd finger here and there to give someone a chance.
But here’s the unfantastic part: A very good part of our population are actually great dogs. If you’ve hung with us for a while, you know that we don’t have shelter dogs – we have normal dogs who happen to be in a shelter. Good, sweet, friendly dogs who don’t look at children like snack food or go all Braveheart every time they see another dog.
Which means we now have an epidemic of good dogs trying to be terrible so you’ll love them, too.
Take for instance, McDreamy: 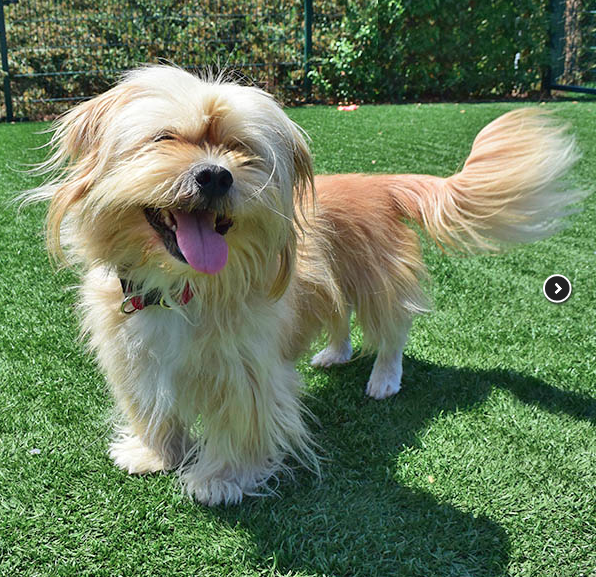 Walk like a bathmat, sting like a bee. Yes, there is a lovely dog in there that’s housebroken, playful, funny – and not huge on men. Sure, he loves volunteer Greg and counselor Denny but as for the rest of mankind, he’s going to take you all on a male-by-male basis. Make no mistake, this four year old Lhasa Apso mix loves women. Wholeheartedly and without reservation, he accepts all female-kind as his people. But when it comes to strange men he remains creeped out. Unless of course the guy has really good treats. Then he’s pretty willing to overlook the creeped-out thing. 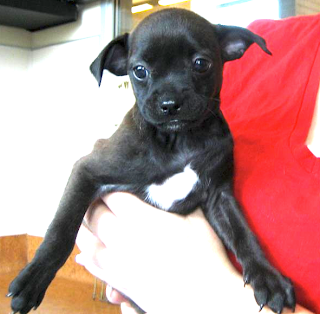 I Will Poop All Over Everything You Own! Twice!

Don’t call her bluff on this one – she’s actually going to do it. Then she’ll probably eat a shoe or two and maybe even a sofa while she’s at it. Plus there will inevitably be a game of ‘Guess Where I Peed?’ that you will play with her every time you come home. It’s not her fault. Cha Cha is a puppy – she’s eight weeks old. And puppies are instruments of mass destruction. The good news? With some love and guidance she’ll grow out of it and be a good dog. The bad news? It’s going to take a while. A while and gallons and gallons of stain remover.
And (of course) Duke: 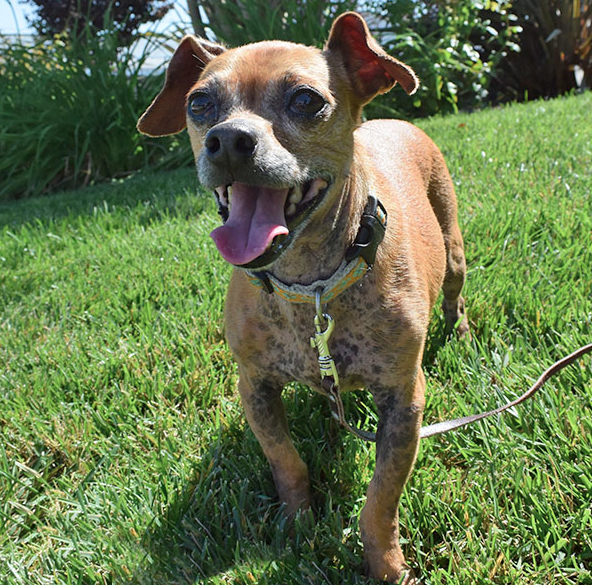 I’m A Cat Trapped In A Dog’s Body.

Don’t get Duke wrong, he likes you well enough. The walks? Great. Some lap time? Perfect. But he doesn’t need to be all up in your business all the time. Friendly? Yes. Needy? No. There’s not really a bad thing to be said about Duke – he’s housebroken, fine with other dogs, rides well in a car, almost preternaturally calm. But if you’re one of those people that needs a dog that’s glued to you, on your lap, in your face every single moment, not your guy. As a result, he’s been with us for a while. In a shelter situation, calm and independent is often misinterpreted as ‘he doesn’t like me’. He does like you. He thinks you’re awesome. He’s just a cat stuck in a senior wiener dog mix dog body. Cut him some slack.
Don’t forget Penelope! 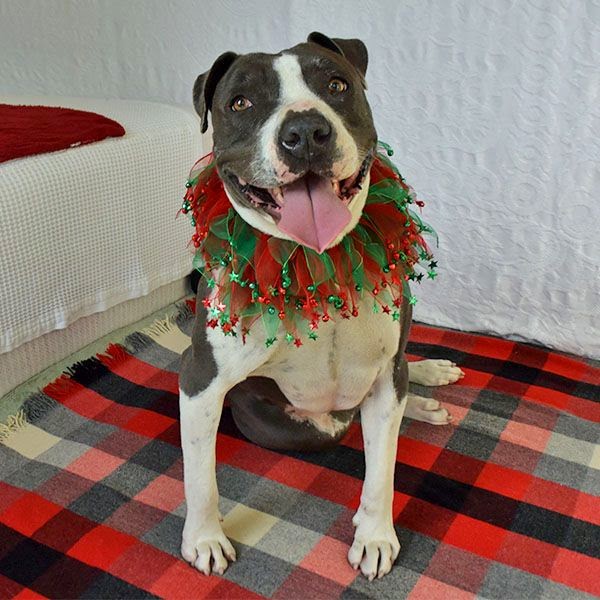 I Have A Head The Size Of A VW Beetle.

You’d be hard pressed to find one bad thing to say about Penelope. She’s sweet, she was raised right by loving people and came to us through no fault of theirs or her own. So what’s the issue? You could park the space shuttle in her mouth. Pen’s a big marshmallow with a cuddly personality whose appearance scares the bejebus out of people who haven’t been around big dogs. Luckily everyone reading this has evolved past this point, right? Right. Great! So come down right away and meet this housebroken, well mannered pibble.
In a few weeks, this will all have blown over and once again our amazing pooches will be bounding over themselves to show you their awesome-ness and avoid us when we bust out the festive headgear. However in the mean time we are full of wonderful dogs trying to pretend to be as awful as Eddie to get your attention. It’s pretty obvious the only solution here is for you to come down and adopt them before they all turn into total miscreants trying to get your attention.
It’s the perfect time to save a pooch from a wasted live of petty cookie larceny and leaving muddy paw prints on the pants of volunteers: through 12/31 adoption fees on all adult pets is just $12.